The One with Rachel's Other Sister

Rachel’s sister Amy tags along for Thanksgiving at Monica’s place, because her (married) boyfriend cancels their plans. While watching the parade, Joey realizes that he forgot to show up for the Days of Our Lives cast float, and he asks Phoebe how to lie to his boss so he won’t get in trouble. Monica obsesses about anybody damaging her best china. Amy, who is self-absorbed and can’t remember anybody’s correct names, thinks that if Rachel and Ross die, she will then get custody of Emma, but Rachel and Ross tell her that Monica and Chandler are going to get Emma. Arguments ensue, and Chandler tries to prove that he would be a good parent, even if Monica weren’t around. 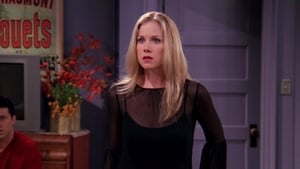 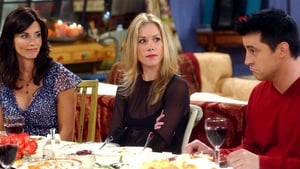