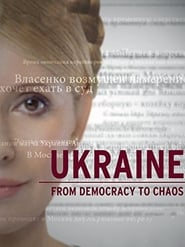 In 2004, the Orange Revolution saw off Victor Yanukovych’s fraudulent bid for power. Ex-businesswoman Yulia Tymoshenko emerged as the muse of the revolution, determined to exorcise the spectre of Russia from Ukrainian politics once and for all. But a decade on, oligarchs are still doing deals with Putin behind the population’s back. Will Ukraine ever be free of the Kremlin’s vice-like hold?